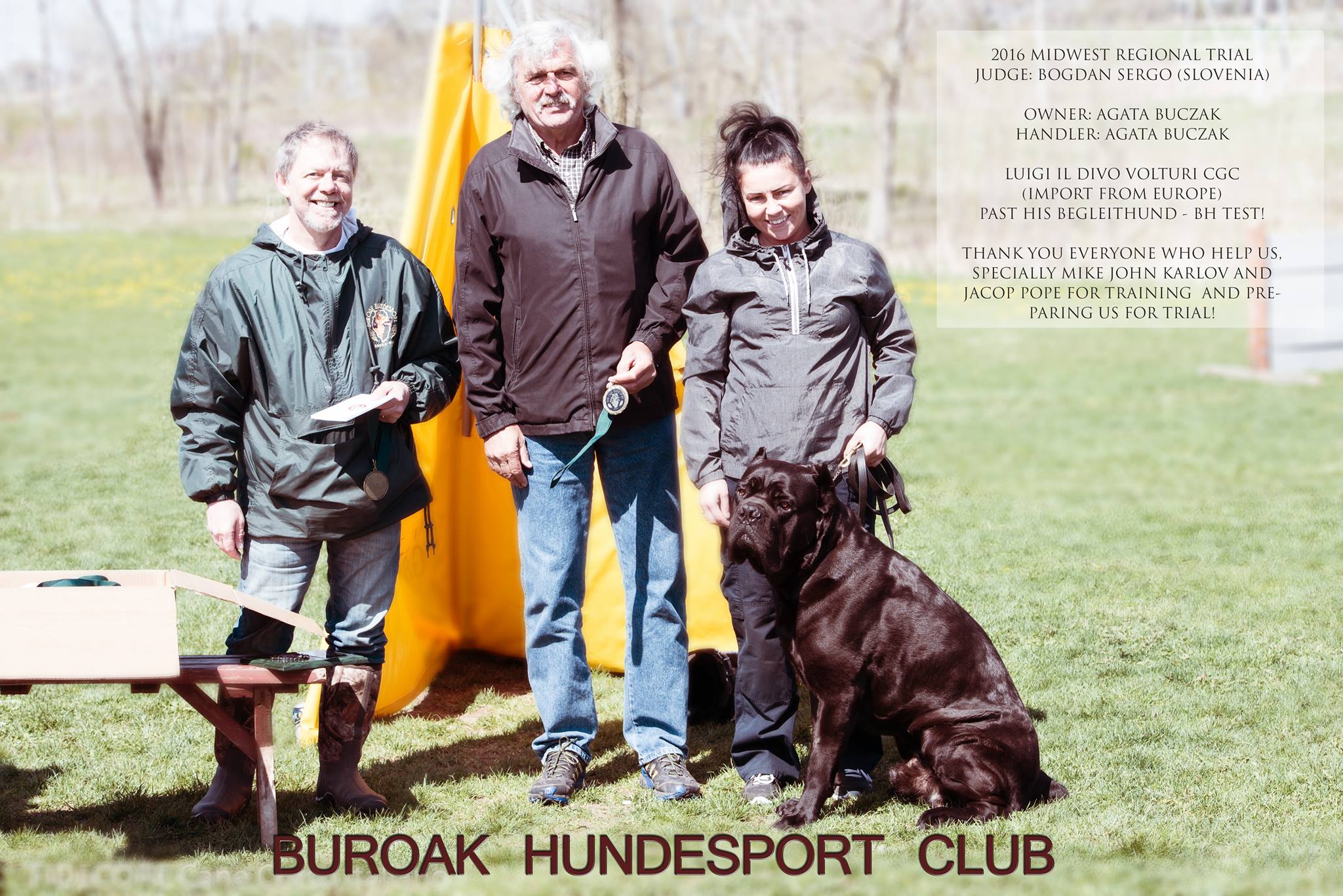 At the beginning of each trial section, the handlers must report in to the judge in a sportsmanlike manner. The handler enters the field with his dog on lead and reports in the basic position. Each exercise begins and ends in the basic position. The dog sits straight , on the left side and next to the handler, with his right shoulder blade at knee height. Taking of this position is allowed only once per exercise. From this position, at the judges signal, comes the building up of all the obedience exercises. The handler must show a minimum of 10 paces before the for the performance of the exercises. Dog and handler will walk approximately 40 paces without stopping. The dog is to stay at the left side of the handler with his shoulder blade even with the handlers leg. After traveling about 40 paces, the handler will make an about turn. Then show the exercise at a run for 10 paces a slow for 10 paces then back to normal. After showing the changes of pace the team will demonstrate a right turn, a left turn, and a about turn with a minimum of 10 paces between. Then they will move into a group stopping at least once in the middle and showing a left and right turn in the group also.
Free -Heeling (15 pts): Same as above only off leash.
Sit out of motion (10 pts) Basic position, 10 – 15 paces normal speed, sit, minimum of 30 normal paces, stop.
Down with recall (10 pts) Basic position, 10 – 15 paces normal, down, minimum of 30 paces normal, stop, call your dog.
Down under distraction (10 pts)

Controllability and behavior in street traffic
On the judges signal, the handler proceeds with his dog on lead on the footpath of a section of indicated street. The judge follows the handler at a measured distance. The dog should remain at about knee level. The dog should behave impartially towards all pedestrians, and towards the motoring traffic. A short time later the handler is overtaken by a bicyclist. He will ring his bell several times. After this the handler goes to greet the judge to shake hands and converse with him. The dog must remain quiet.
More difficult traffic conditions
On the judges signal the handler will move in to heavier pedestrian traffic. The handler will stop twice in this traffic. The first time commands sit, the second time commands down. The dog must down quickly and quietly. The dog must follow his handler attentively and quietly, and willingly. And be uninfluenced by the heavy pedestrian traffic and the unaccustomed noises..
Behavior of dog left alone and towards other dogs.
Handler walks a short distance and ties dog to a fence, ring in wall, etc. Handler then goes out of sight for 2 minutes. Dog may stand, sit or lie down. A passerby will pass with another leashed dog about 5 paces away from the one tied. Dog should allow this with no aggressive tendencies. 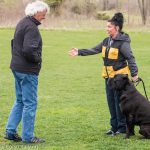 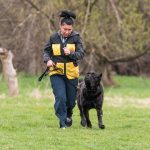 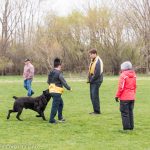 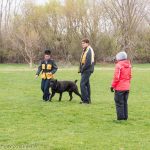 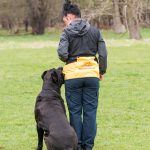 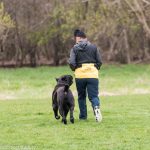 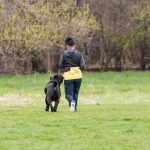 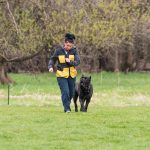 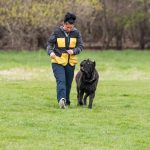 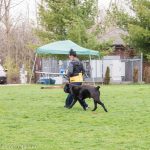 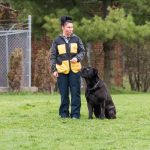 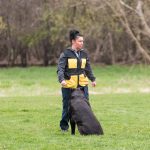 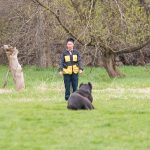 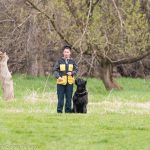 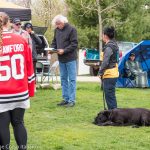 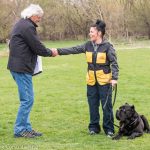 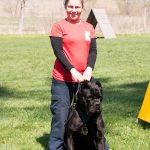 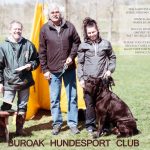